We cultivate more than 40 hectares between the 190 and the 230 meters of height in a territory, in the hills of Piacenza, that from the nure river goes up towards a plateau, in a succession of different soils and bioclimatic conditions:

: the“Terre rosse di Villò” with their wealth of iron ore, the fertile lands at the bottom of the valley and the poor ones on the heights, the forests that protect from the winds, the lake that gives very special humidity conditions. Barbera, Bonarda, Ortrugo, Malvasia, Pinot Noir, Chardonnay, Merlot, few grape’s varieties, grown in a different way are able to offer unique harvests telling about our territory and our creativity.”

“A so worthy heritage have to be preserved. After a long and accurated conversion process Ours Vineyards has the Organic Certification At the same time, they are experimenting a cultivation without the intervention of the man, in order to know fully the secrets of the plant that accompanies the man since the beginning of his history.” 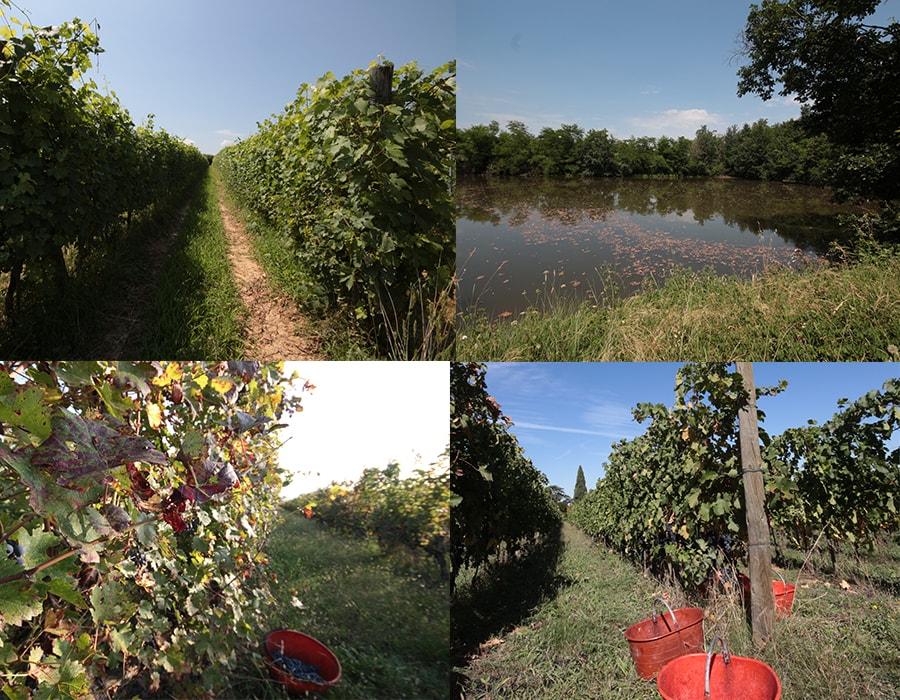